15 Benefits of Reading to Children

There are so many benefits of reading to children that they’re almost too hard to count. Where do I even begin? It instills in them a love of learning, it helps them get a jump start on reading themselves, and it gives you a time to bond.

Here are some of my favorite things about reading to children, and just some of the ways it can benefit your child in the short and the long term.

Reading is an excellent bonding opportunity for both of you. It creates a feeling of intimacy and helps your child feel safe. Your child will feel close to you and loved. Not only that, but they’ll get the attention they need.

Your child has an attention bucket that needs to be filled every day, and filling this bucket will give your child the confidence they need to grow smart.

This feeling of intimacy also makes reading a pleasurable experience, which means they’ll have a positive attitude towards reading as they get older.

2. It can be calming

If your child is feeling restless or fretful, reading can be a calming, quiet activity to recenter. Due to the comfort it brings, thanks to reason #1, you’ll find that reading aloud to your child may calm the sad, mad, or frustration out of them when you have a difficult day.

This can be particularly useful for children with developmental or learning disorders. If your child is struggling with a concept, subject, or project, take a break and read. They will forget their problems for a moment and it might help them look at the problem from a different perspective when they return later.

The more you read, the more your child will understand about language. It can increase your child’s vocabulary, making it easier for them to communicate their needs.

4. It helps with emotional development

When you read books with characters similar to your child, it not only helps your child communicate, but it can help them with their emotional development. From the outside looking in, your child will see themselves in a new light.

They may begin to understand themselves better. They’ll understand where their emotions come from, why they have them, and how to deal with them. They’ll also realize that it’s okay to have a wide range of emotions in response to different situations.

5. It can build relationships

As you bond, you’ll find that your child will learn how to build relationships with others. They’ll observe characters in books and take cues from the interactions there. Your child can apply those to real life situations.

This can help them develop their relationships by responding appropriately to a variety of circumstances. They’ll learn the right way to handle an argument, how to be sympathetic to sadness, how to care for someone who’s injured, how to include someone who feels left out, how to share, and how to be a friend.

Reading to your child will help them learn to read. Studies show that children who are read to at least three times per week have a significantly greater awareness of phonetics than children who are not read to as often.

The more your child hears, the more they’ll learn. It starts in the womb. It’s never too early to start reading to them. It establishes the basis of language. It’s where they’ll learn to speak, and eventually read.

7. They’ll do better in school

Studies also show that children who are exposed to language early on tend to do better in school. If your child hears words read to them and in conversation, they’ll do well in school and will love learning.

Your baby will also learn the basics of reading a book early on. They’ll learn that words represent a series of sounds or concepts. They will understand that words are read from left to right and that the story continues when you turn the page.

Because they are learning to expect more, your child will learn to develop a longer attention span, which also leads to doing better in school. It can help with concentration, which is an incredibly important skill for all children to learn.

Just another thing that will help your child do better in all aspects of life, reading will build listening skills. In anticipation of what happens next in the story, your child will be quiet, listening for what you’re about to say.

This is great practice for listening to all kinds of things, like a teacher in school, a preacher in church, a parent at home, a friend’s parent, an aunt or uncle, or any other person in authority.

They’ll have a greater attention span at the movies, when doing homework, or when building with blocks. This can also translate to having more patience with a sibling or friend who is a little bit slower than they are at something.

Books transport us into a world of make believe. Every time you read to your child, you enter into an imaginary world that exists only in their head.

This sort of stimulation develops their own imagination. Later, during play, you’ll find that they’re more imaginative, too. You may find more imaginative artwork, stories, and make believe.

The more wild their imagination, the more creative their thinking in all aspects of life. It leads to more creative and effective problem solving when they’re older, which makes them smarter and more ingenuitive.

10. It expands their knowledge

Reading makes your child smarter. It’s as simple as that. Your child will discover things they didn’t know about before. Young children will learn about letters, numbers, shapes, and colors.

Older children will expand on things they already know. If they love cars, they’ll learn about trucks, planes, and rockets. From there, knowledge will expand to outer space, technology, science, and more.

If your child can read, they can literally learn about anything they want. There are books about all kinds of subjects in all languages.

11. They can learn other languages

This may seem like a big leap, but it really isn’t. If you start now while your child’s brain is like a giant sponge, they’ll pick it up so much easier than they will later in life.

Pressing the pause button and looking at the pictures can help your child to analyze the visual clues in relation to the story. This further builds their problem solving skills because they’ll learn to think about things analytically.

It can teach them to ask questions about the situation around them, sympathize with how others may feel or what causes them to act the way they do, and understand cause and effect.

This gives you an opportunity to ask them questions as well. There’s a pig in this story. What other stories have we read with pigs in them? Can you think of some similarities or differences between the two? Help them build these skills of recognition and recollection.

13. It can teach your child right and wrong

By observing cause and effect in a story, your child will begin to understand consequences. They may start to reflect on how it feels or may feel to be treated in certain ways. By conducting interactive story time, you can begin to teach right and wrong.

Your child may begin to see why it’s right to always tell the truth, but it may be wrong to say you don’t like your friend’s new shoes.

14. It can help him cope with life

Your child won’t always know how to deal with everything life brings. Children are always learning. The entire world around them is new. It can be frustrating and overwhelming at times. Books offer peace and answers.

15. It helps them learn the difference between real and fairy tale

While imagination is a great tool, it’s important that your child can distinguish between what is real and what is not. Fantasy books feed your child’s imagination and help them develop this discernment.

As you can tell, reading to your child, no matter the age, is an excellent opportunity for you and for them. Whether they’re still in your belly, or they’re reading with flying colors already, make the time to sit with them and read together.

You’ll both get something out of the experience, and continue to grow and bond in ways that you can’t replace with any other activity. 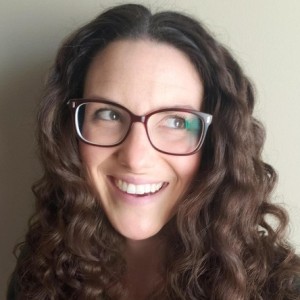